Please don’t take my Portsmouth away... 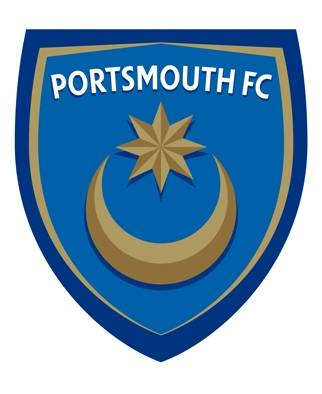 Must admit, I’m feeling a certain sense of Déjà Vu writing this post.

Last year, we were faced with the prospect of liquidation. On October 22nd 2010, a press statement was released saying that Portsmouth Football Club was due to be liquidated. The next day it transpired we weren’t going out of business. Between then and the takeover by CSI, the future of the club was a concern for all PFC fans. The club was taken over and collectively I imagine, the fans sighed with relief. Finally, our troubles were over. Finally we had owners who would spend more than the bare minimum on the club. Finally we can move on from the debacle of Al Fahim and Al Mirage (I’m not including Chanrai in the debacle list – it wasn’t great under him but he did so much to ensure there is a Portsmouth Football Club to talk about today). CSI owned Portsmouth Football Club and we could look forward to a bright future. CSI passed the fit and proper persons test (which I believe was changed following Al Fahim/Mirage but I’m not 100%) so they must be perfect, right?

After some confusion over what would happen at PFC following the arrest of chairman and director Vladimir Antonov, the club today released the following statement:

Vladimir Antonov has resigned as chairman and director of Portsmouth Football Club.

Portsmouth Football Club (2010) Limited – the company that operates PFC – is not in administration and continues to trade.

The club has funding in place for the short term, but will now be seeking alternative investment for its longer-term requirements.

Pompey chief executive David Lampitt said: "After the extraordinary amount of work put in by so many people over the last 18 months to get to this point, it is incredibly disappointing for the club to find itself in this position.

"I want to assure staff and fans that we will continue to do everything possible to safeguard the position of the club and its longer term future."

Well, that’s excellent. After daring to dream that the problems of the past few years were just that, a thing of the past, something else just had to go wrong. I believe a quote from the film Bad Boys 2 is appropriate here – “same shit, different day”. The big question is this - what happens now?

Well, I guess in the short term, nothing will happen. As the statement says, the club is not going into administration just yet as we have the cash flow for short term existence. However, as the clubs parent company has gone into administration, I believe that still leaves us facing a point’s deduction (much like Southampton suffered a little while back). The administrator we had last time, Andrew Andronikou, is once again looking for new owners for the club. I’m not entirely sure I am happy with this news as he was the one I believe who helped find CSI and look how that’s turned out.

I think some serious questions need to be asked about the FA and Football League’s fit and proper persons test though. This has let the club down again in a serious way. We fans now have the fun of wondering whether the club will cease to exist and if we do what level of football we will be playing at. If we are deducted 10 points, we will be bottom and will have a massive task on our hands to avoid relegation. It seems somewhat unfair that we will be deducted points for the 2nd time in 3 years considering this problem arose due to a failure somewhere with the FA & Football League’s fit and proper person test. To be blunt, it is absolute bullshit.

This is a tough time to be a Portsmouth fan. I hope that a new buyer comes in and soon. I don’t know the definition of “short term” in the statement issued by the club is. I am slightly in disbelief that we are going through this all again. I’ll end this post (which I accept hasn’t contained all that much new information but has helped me vent a little) with some analysis from Matt Slater, taken from the BBC’s website.

"Almost three years ago to the day, Portsmouth nearly beat AC Milan on a stirring night of European football. Pompey were the FA Cup holders and solid Premier League performers. How things have changed. News that the club's parent company has filed for insolvency protection would be shocking news at most other clubs but not Pompey. Crisis has become the norm. A second spell of administration looms, Pompey's seventh regime in 27 months, and a points deduction looks likely. Never has a club needed fit and proper persons at the helm more urgently."

Play Up Pompey
Posted by Mike Tyler at Tuesday, November 29, 2011