Review: All Points East 2019 (Bring Me The Horizon)

Festival season is well under way and unlike for the last couple of years, where the concept of a music festival was something that other people went to, I’ve been to two one day events so far this year, with a weekend one on the horizon. Yesterday, I went to one of the 6 days of All Points East, the day that Bring Me The Horizon headlined. I’d seen the stories about big portions of the crowd being unhappy with the sound quality for The Strokes the previous weekend, and was slightly concerned about this, but resolved that the organisers would have looked at this and fixed what went wrong. The festival itself is located in Victoria Park in London, which is pretty easy to reach, although the curfew being 11 meant I had to bail a little early to make sure I could get a train home. Unlike the review of Slam Dunk (here) from Tuesday, I can’t really post any negatives because I didn’t experience any. There was a slight hiccup with the first bar I went to, but that got resolved (and other bar queues all day were pretty reasonable), and the only time I experienced an issue with sound, when I moved it was better. No complaints from me! In fact, I would say I had an ace day – great bands, nice beer and decent weather – can’t really ask for more (well, aside from a free ticket but still…). As with the Slam Dunk review (and any other festival review on this here page), there will be a score out of 10 which is based on my own enjoyment of the set. 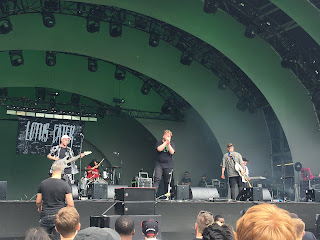 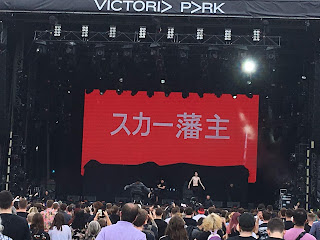 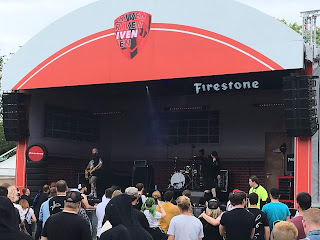 The way the bill was set out was two main stages with a staggered bill, with any overlap being very minimal. I started off on the smaller North stage to watch Lotus Eater (7). I hadn’t heard of Lotus Eater until their latest EP was reviewed on the Riot Act Podcast. I gave it a listen (it’s good) and decided to go see them here. This was a good decision because they were ace. A great way to start off the day. I wandered off to the East (main) stage to watch Scarlxrd (4) and off the bat, I’ll say it wasn’t for me. There were people near me who were loving it, so I guess that’s something. There was a guy on stage whose main role appeared to be starting the backing track, and dancing. Fine work if you can get it! I didn’t hang about for the whole set, instead deciding to head back to the North stage where I was sure that the next band on would be one of the highlights of my day. However, before getting there, I stopped by the Firestone stage to watch the end of Pengshui (5). I guess on reflection, I would have preferred to see more of Pengshui, but neither them or Scarlxrd were my cup of tea, so to speak. When I did head off to the North stage, I somewhat felt like a Principle Skinner meme: 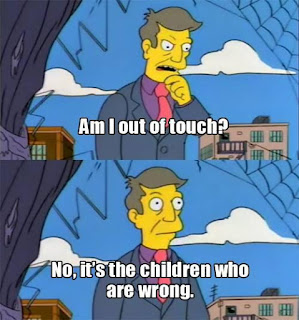 Up next on North were Employed To Serve (10) who, unsurprisingly at this stage, smashed it out the park. I saw them earlier this month at their London headline show, and a couple of times previous in support slots. They are fast becoming one of those bands who seemingly can’t put on a bad show. This was an immense set. Speaking of immense sets, up next was Black Futures (9). They had a far too brief 20-minute set on the Firestone stage and they were utterly brilliant. Wasn’t familiar with them at all before the festival but that set makes me want to find out more. I wandered off to the main stage where there was a bit of a break plus a chance to get a good spot for the next band on main stage. Next up were IDLES (9). I wanted to get tickets for their April UK tour but failed despite having a chance for the Saturday London show, so when I saw they were playing this, seeing them would be a must. I really enjoyed their set and probably would have said it was set of the day if it had been a bit longer and they played I’m Scum and/or Television (my two personal favourites of theirs). I still loved the set though! After IDLES, it was back to the North stage for Sleeping With Sirens (5). I’m not massively familiar with them, I know I’ve listened to them a handful of times but never properly tried to get into them. If I am to be honest, I didn’t dislike this set, but it didn’t convince me to give them another go when I got home. Musically they were fine but I didn’t like the vocals really. Each to their own I guess. 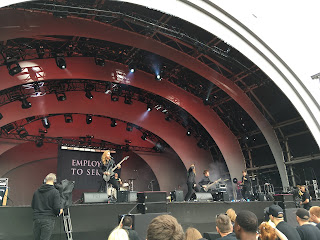 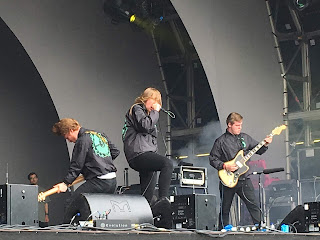 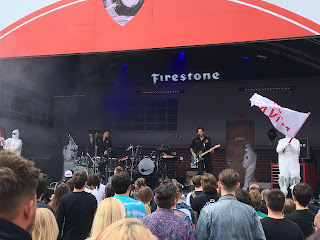 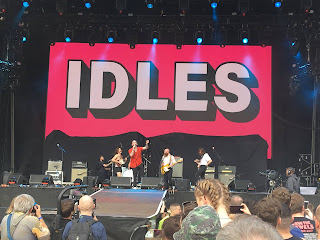 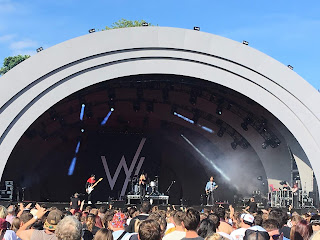 The scope for a final break presented itself before the final 4 acts of the day, so it was one I took and had my first sit down since arriving. Sitting down is underrated. The next band I saw was While She Sleeps (8) who were ace. Their set made me realise how few of their lyrics I actually know (certainly in comparison to those around me who were screaming along to everything). There was only the one song from their album Brainwashed (my personal favourite) which is a shame but can’t win them all. Oli Sykes of Bring Me The Horizon appeared briefly during Silence Speaks which was cool. Their set was followed up on the main stage by Run The Jewels (8) who were great, both in performance and when speaking to the crowd. One moment was amusing for me which was when they announced they were playing a song we had definitely not heard before (paraphrasing, but said in a sarcastic manner), and then they played a song I didn’t know! (I’m new to Run The Jewels). They played Close Your Eyes (And Count To Fuck) which meant I left happy. After RTJ were Architects (8). My original standing spot would have been a talking point if I didn’t move, as the sound was a bit crap and people around me were all talking. However, after realising I was able to move, I did and the spot I then took up was ace. Previous times I’ve “seen” Architects live were walking past them at festivals, and not really knowing anything about them. This was the first time seeing them proper and they were excellent. The set made me want to see them again, which I guess means job done for them. After Architects, it was time for Bring Me The Horizon (9). All I’d heard about this set was that it was going to be their longest headline set to date, and it would cover all of their albums. The intrigue for me was what would be played before I had to leave, and I can say I was not disappointed with the songs I got to hear. I smiled as the last song I got to hear in full is probably my favourite of theirs (Can You Feel My Heart). Getting to hear Happy Song live was ace, as was seeing Dani Filth and Sam Carter from Cradle of Filth and Architects respectively pop up. I left as Shadow Moses was being played. At that point I thought it was a shame I had to bail, but these things happen. For the time I saw them, Bring Me The Horizon were excellent. Any gripe I had with the set was minor and didn’t spoil it, which is nice. 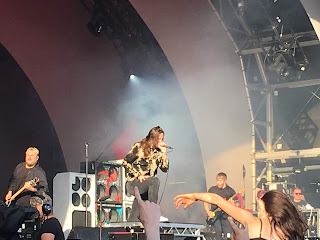 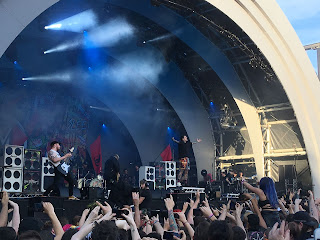 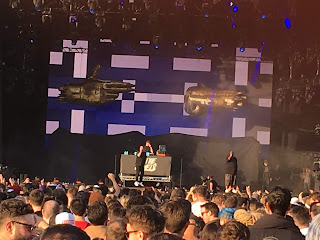 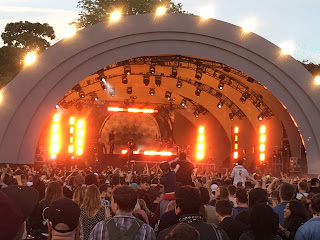 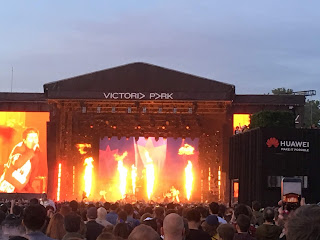 And that is that. Festival number 2 in the bag. Another one day event, another ace day. I would definitely go again if the line up appealed to me in the way this one did, although I would probably look into getting a hotel next time so I didn’t have to cut out early.

Labels: 2019, All Points East, Architects, Black Futures, Bring Me The Horizon, Employed To Serve, Festivals, IDLES, Run The Jewels, While She Sleeps