Avantasia played London for the first time in 2016, and it was my gig of that year. When the Moonglow album and tour was announced, and that there would be a London date, I was sold (took me a while to pull my finger out and sort a ticket, but I got it sorted eventually). I plumped for a balcony ticket this time around as I knew it would be a long show and a seat would be quite nice. I had a seat for a gig at the Forum earlier in the year and knew if I wanted to be comfortable for the gig, I would need to get there fairly early to get my place secured. That didn’t quite work out as planned and I arrived at the venue about half an hour after doors opened. After getting a pint (I will always wince at £6 for a pint of passable lager), I wandered over to the upstairs merch table, to see it was cash only. I hadn’t prepared for this eventuality so was unable to purchase a shirt. By the time I got into the balcony though (a good 45 minutes before Avantasia took to the stage), it was rammed, and I was in the upper standing area. Truth be told, I think this would be preferable to one of the bench seats as after a while, they get quite uncomfortable.

Before this gig, I had heard that both Michael Kiske and Amanda Somerville were not touring with Avantasia this time around (indeed, Kiske only appeared on one song on the album). I thought this was a shame but completely understandable given the nature of Avantasia not being the day job of anyone on stage (aside, perhaps from Tobi – not sure what the status of Edguy is at this stage). I’d given the album a few listens and really enjoyed it. Not my favourite album by them, but still very good.

Onto the gig itself – The first half of the show leaned very heavily on the new album with 9 of the 12 songs played from it (if you include the cover of Michael Sembello’s Maniac). This was no bad thing for me as I’d listened to the new album and recognised the songs as they were being played. Sometimes I find when listening to a new song from a band I love, it can take hearing it live to fully appreciate it. This is what has happened with a few of the song from Moonglow, in particular Ghost in the Moon and The Raven Child.  On the topic of Maniac being played, that was the first time I’d heard Avantasia play one of the songs they’d covered live, and I really like the fact they included it. I think previously they had only released cover songs on the Lost in Space EPs, which might be why they haven’t been played live before – but I’d love to hear them do either their ABBA – Lay All Your Love on Me or Ultravox – Dancing with Tears in My Eyes covers live (or both!) The other songs which made up the first half of the show were Lucifer, Reach Out for The Light and Dying for An Angel (the latter two getting massive reactions from the crowd). 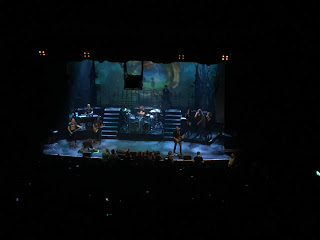 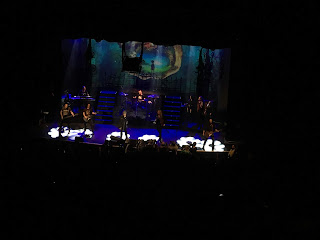 When I refer to halves of the show, I should stress that the band didn’t go off stage at all (unless they weren’t needed for certain songs). The second half of the show was essentially a best of Avantasia which was bloody ace. I could list highlights from this half of the show, but I would be typing out almost everything they played. I enjoyed the first half the show, without doubt but I did prefer the second half more. I would guess this is due to having lived with the songs longer. Thinking back on this portion of the show, my only complaints are songs that weren’t played rather than ones that were. I would have loved to have heard Draconian Love again (and the guest singer was there, so it could have happened!) as well as The Wicked Symphony. I would have also liked to have heard more from Ghostlights, as I really liked that album. I would guess that a lack of Michael Kiske on this tour informed the decision to not play more from this album. The encore was made up of Farewell and the medley of Sign of the Cross/The Seven Angels. If I’m honest, I skipped out as the medley was starting because I was tired at this point and worked out if I left when I did, I could get an earlier (and quicker) train home. 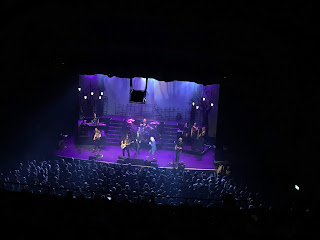 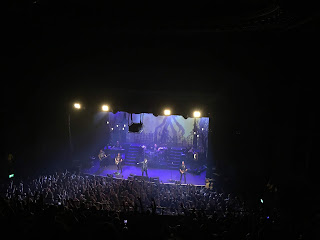 Final thoughts – this show was bloody great. I know I started the last paragraph saying how the band didn’t go off stage unless they weren’t needed, but they were there for more than 90% of the set which is just immense when you consider the show was over 3 hours long. Tobi, as usual, was a superb frontman and excellent showman. He made fun of the balcony fans a few times for not being as lively/active/loud as the standing fans, but it was all in good spirit. As said previously, my only complaints about the show would be about songs not played (when you have a back catalogue like Avantasia’s – it is inevitable songs will have to be left out) and people who weren’t touring this time around. I’ve no idea if Michael Kiske and Amanda Somerville were just out for this tour or are no longer a part of Avantasia live (or otherwise). I hope it is just this tour they miss – assuming that is that there will be another tour. I had wondered if there would be another one after the Wacken 2017 show. The announcement of the album and tour was a nice surprise. Tobi did say on stage (in passing) that he wasn’t sure if there would be another Avantasia tour after this. He has said this before, but I can only imagine the undertaking to be able to tour the world with a band that has several guest singers from other bands. This show was ace, and I am sure will be in the conversation again come the end of the year for the top 10 gigs I’ve been to this year (currently been to 8 gigs this year, so it is definitely there at the moment!)
Posted by Mike Tyler at Thursday, April 18, 2019