Nothing To See Here

This is one of those posts that doesn't really have an overriding theme as such, but is more a number of things I want to talk about smashed together to form one decent sized blog. Starting with the strongest foot first, I'm going to talk about Bath.

"Strongest foot first" is not something I ever thought I would be able to say about Bath Rugby this season but January was a relatively good month for Bath. It started off with a New Years Day win over London Irish 30-3 but from all reports that result came with a cracking performance - something which has been lacking this season. The next two results were disappointments, losing 26-19 to Saracens and losing 24-22 to Montpellier. Losing away to Saracens is nothing to be ashamed about (they are, after all, Premiership champions) and from what I read, Bath played well. On top of everything else, a losing bonus point was earned as well - so at least the game wasn't completely fruitless. The Montpellier defeat was a tough one to take as it was another last move/kick defeat. That's now happened 3/4 times this season, and Bath have lost after taking the lead more than that. That result pretty much ended all hopes of further European Rugby action but it was nice in the next game (and my first one of 2012) to sign off the Heineken Cup campaign with a 23-18 win. I thought when Glasgow went 18-17 ahead that it would be yet another game that Bath had started strong but eventually lost. Thankfully this was not the case. The final game of the month (which I was at again) was in the LV= Cup against Northampton. That tournament is one area where Bath have been doing very well this season with 2 games played and 10 points on the board. I had little hope Bath would beat Northampton, but was astonished to not only see Bath win, but to crush the Saints 46-14. The final pool game is Sunday away to Exeter. We beat them earlier in the season at home and I am hopeful the same result will be achieved in this meeting. The next two games for Bath after that are fairly crucial league meetings against Newcastle Falcons and Gloucester. Both games are vital to push further away from relegation and closer towards the top 6. I will be at both and will likely report back on them another day. At the moment though, with back to back home victories, it is not all doom and gloom coming from Bath for the first time in a while, which is nice.

Moving from positivity to Portsmouth, it has been another dull week for Portsmouth. So much so, that there's nothing to say... 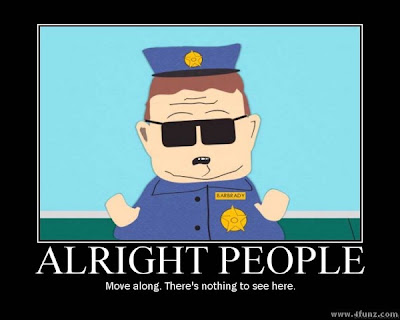 Oh, aside from the fact that it really doesn't look good for the future of the club. I know that has been said a lot on here by me, as well as other people (I believe there are posts about Pompey's 99 problems, 101 problems and even more problems which weren't assigned a code number). What we knew was that the parent company had gone into administration, the chairman of the club arrested and cash flow for PFC coming to a grinding halt. Now, the executive officer, David Lampitt said we had enough money to keep the club running in the short term, but for long term survival to be assured, more investment would be needed. All sounds wonderful as ever. Recently news came out that the club had failed to pay its tax bill for 2 months, owing the HMRC £1.6m. Now, one can only assume that bill will continue to increase month on month which is why the club have been issued a winding up order. We had this before so obviously a second one being issued is of course a massive worry.

On the pitch at the weekend, we were away to Peterborough. A team who we should be beating but who beat us at Fratton Park. Taking into account performances generally this season haven't been wonderful and now the added off-field pressures, I think it would have been a fair move to write off Pompey in this one. However, according to friends who were there, the performance from Pompey matched the score line as we won the game 3-0. Swept up in the victory, Pompey fans such as me may have just forgotten the off-field issues temporarily to enjoy the victory and how much it meant to the club. And then the clubs bank accounts got frozen, which meant that cash flow has come to a complete halt. It also means the players and staff of Portsmouth will not receive their January wages. This appears to be a vital blow right before we go back to court against the HMRC and I honestly don't know what will happen. If the worst happens, I'll be sure to dedicate a post to it then, but I hope I don't have to. This week during Prime Ministers Questions, our local MP for Portsmouth North, Penny Mordaunt, raised the issue and asked the Prime Minister to back her in getting the HMRC to meet with the club, rather than just go straight to court, which he said he would. This is promising stuff but it is hard to get overly excited about it. After all, you know it’s a shit situation when it gets talked about in the House of Commons!

Anyway, I recently got invited to a St Patrick’s event on Facebook, which I declined as I’m not Irish. Why does England embrace St Patrick’s Day so much?

Perhaps I am missing out of some real enjoyment in life but I really don’t understand the need to celebrate Ireland’s patron saint to the degree that we do. Almost every bar becomes Irish for the day and a lot of people drink Guinness. It could be because I don’t like Guinness which is my whole reason behind me not celebrating St Patrick’s Day. The seemingly obvious answer is that it is an excuse to get completely and utterly shit-faced and write off this country-wide session of binge-drinking to celebrating St Patrick. Now, I enjoy the occasional drink these days (nowhere near as much as I used to) and even on the occasions when I have too many and I get drunk – I don’t feel the need to write it off to anything other than “I got drunk”. Someone actually said to me last year “Oh come on man, you have to celebrate St Paddy’s day” and had no answer when I asked why. Perhaps I am just being a killjoy but I don’t see why England celebrates St Patrick’s Day.
Posted by Mike Tyler at Thursday, February 02, 2012